Last night I had a particularily hard time sleeping. I felt that I was constantly being watched, but I couldn’t figure out in my dream by whom? At about 5 AM I heard the chirp of my phone so I decided to just get up early and to make a pot of coffee. Then when I opened up my cell phone, this picture of Terry popped up on my cell phone screen? I have no idea how it got there and the photo now also shows up in my photo gallery? I am sure I did not take this photo in the past ? Could it actually be a sign coming directly from Terry from heaven letting me know that he is watching over me and all is okay. I remember talking about life and death and the afterlife with Terry when it was evident that his time was becomming short. I told him that when he left this earth, I was concerned on how I would ever know that he was okay and visa versa? He said jokingly, don’t worry….since I am so good with automation I’ll send you a sign. Could last night’s dream and this photo now popping up on my cell phone this morning be this sign from Terry ? 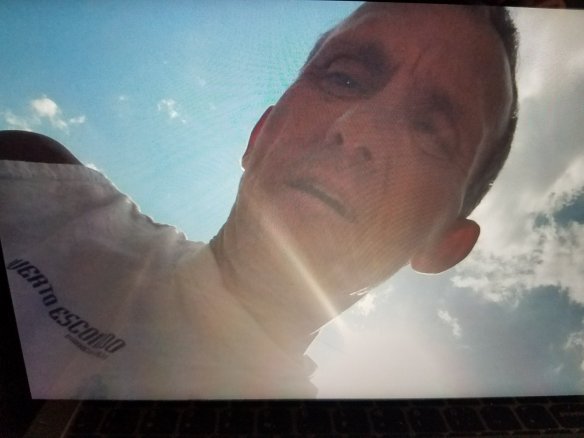