It is the eve before Turkey Day and the Tidwell Extended Family are all at the “La Mission” Mexican Restaurant in Midland, TX.  This has been a tradition of this family for many years to gather at this place and share each other’s company over a nice meal and of course large glasses of Magaritas !

This evening is also special in that it is Mike Tidwell’s 60th Birthday !  This is one of Terry’s brothers. Happy Birthday Mike !

We had about 30 folks in attendance this evening to include Terry’s Dad and Step-mom, his two brother’s and their families, his twin sister and their families, two of Terry’s three sons, Terry’s grandson and his nieces and nephews, Terry’s half brother and of course me !  Terry’s Mom unfortunately was not in attendance this evening as she was busy at the nursing home visiting with her husband (Terry’s step dad) who is very ill.  Terry’s Mom however, will be with us on Thanksgiving Day.

I am also including in this blog a few other Pics and 2 very short videos (hopefully they will download).  One of the videos is a very small portion of the birthday wish from the restaurant staff to Mike on his 60th birthday.  The other is a real treat… a very short video blog of Terry’s twin sister !!  See…she can video blog too, just like Terry !!

Have a great Thanksgiving and I am sure I will eventually send out more stuff. 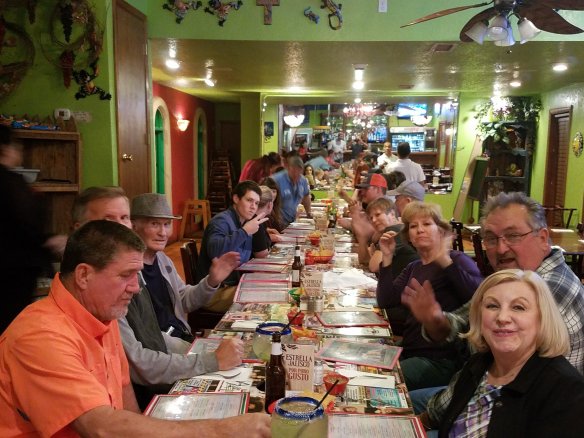 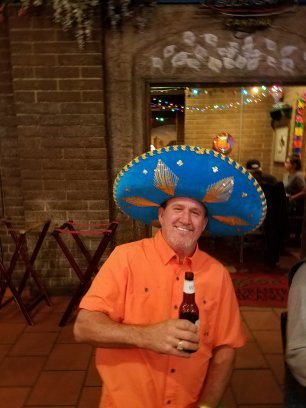 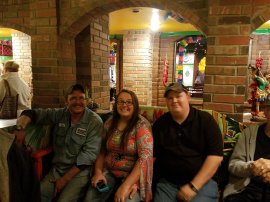 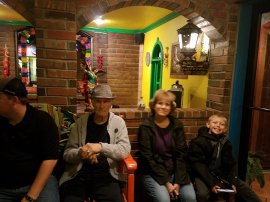