Here’s another new friend that I met while at the RV show in Tampa on Thursday.  “Rex” came to the show here in Florida, but he’s actually from Wyoming (Not Texas).  “Rex” reminded me so much of “Big Tex” who stood so proudly year each year at the entrance to the Great State Fair of Texas held each fall in Dallas at Fair Park adjacent to the Cotton Bowl Stadium. Naturally, although “rex” was on stilts, “Big Tex” was a lot taller, 55 feet tall to be exact.  That’s a big Cowboy.  In fact Big Tex’s boots themselves were taller than me !  I forget the exact year, but while living in Dallas, there was one year when an electrical malfunction occurred and “Big Tex” went up in flames and was totally destroyed.  This was a big deal and Texas had to seek bids for an appropriate contractor to rebuild an entirely new “Big Tex.”This was no small job and involved a lot of logistics and engineering to reconstruct this icon, especially given the enormous size and weight of this grand Texan (just a little of Trivia)

Also for all you Pet Lovers…..I am including a couple photos of some wonderful Dog’s that were also at the RV show, actively working to collect donations to fight cancer in “Man’s Best Friend”.  I was very touched by this and had to make a recurring monetary donation to this wonderful organization on behalf of both Terry and Roxy, since they were my two best friends. Since I lost Terry to this dreaded disease and then Roxy to an unfortunate tragedy the day after Christmas, I thought that a combined donation on behalf of both of them seemed so appropriate and fitting. 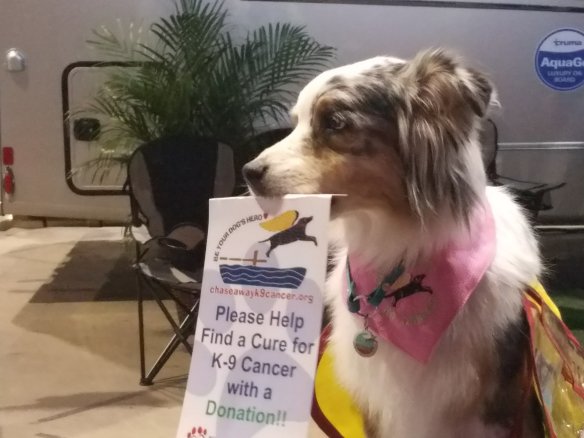 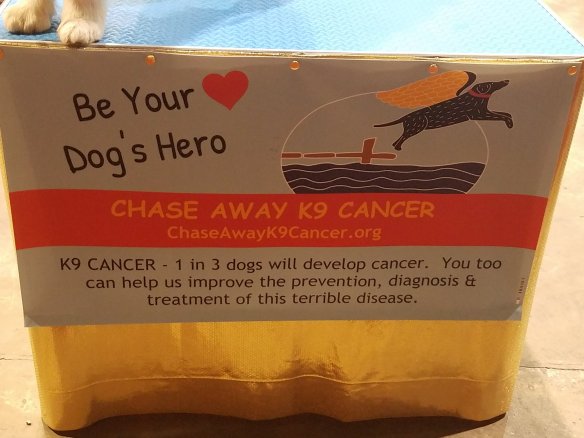 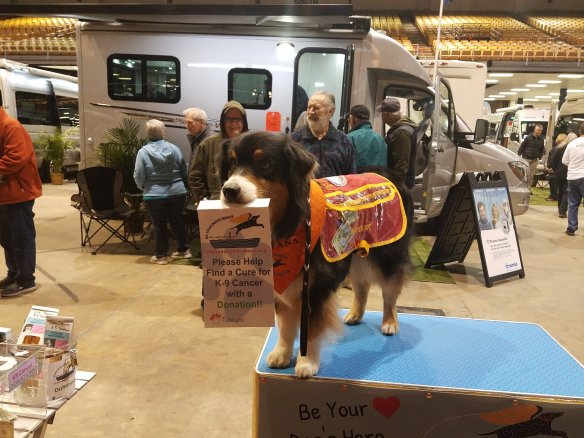 16 thoughts on “Meet My New Friend Rex, But Not From Tex and a little something for all Dog Lovers!”