Sorry I haven’t published many posts since returning from my Keys trip in early June.

To be candid…I’ve become a bit depressed lately about my recent health problems. Seems that I spend more time each week these days at the VA Hospital at specialty appointments or undergoing painful medical procedures which are exhausting. I have already written about all this in a previous post, so I won’t elaborate it all over again here. However, I must admit, my quality of life right now really sucks and I am so tired from all my health issues and weekly procedures, that I have no interest or strenghth left these days to participate in any social meetups. Hopefully things will change soon and I will get back into the swing of things.

In today’s post I will attach some cool pictures and videos from a former meetup that I attended back on Saturday, May 26th just prior to my Keys trip.

Since I took so many photos and videos from that meetup and since it actually encompassed 3 separate events, I will do a series of several posts over the next few days to cover all the dsys events for your enjoyment.

Although it will look like I was having a great time that day, unfortunately, this will most likely be the only time that I will participate with that particular meetup group.

I generally have had positive experiences with all people and meetups that I have attended thus far, but for this particular meetup group, the organizer and I just did not click and I did not like his attitude or some of the comments that he made. Although I always find ways to get along with people and to have fun, this guy, let’s call him “Bubba” was so mean and hateful, that I just didn’t like being around him. He would just sit there all day and look upset everytime you joked around with others and tried to have fun and he keep talking bad about other meetups and the key organizers of other meetup groups that I belong to. “Bubba” also boasted about putting new members of the group that he didn’t like into what he called “his corn field” which meant he would block some folks as he pleased that he did not want in his group from attending any future events. It’s as if he would spend his entire time watching you and taking notes about members, rather than just simply chilling out snd having fun. There were also a few other long time members in that group very close to “Bubba” that also did not have a welcoming demeanor.  It’s unfortunate because the rest of the members of the group were great.  So, as my title states…”Not All Meetups are Created Equal”. Thank God that there are so many other groups in the area that I belong to our that I can choose from. 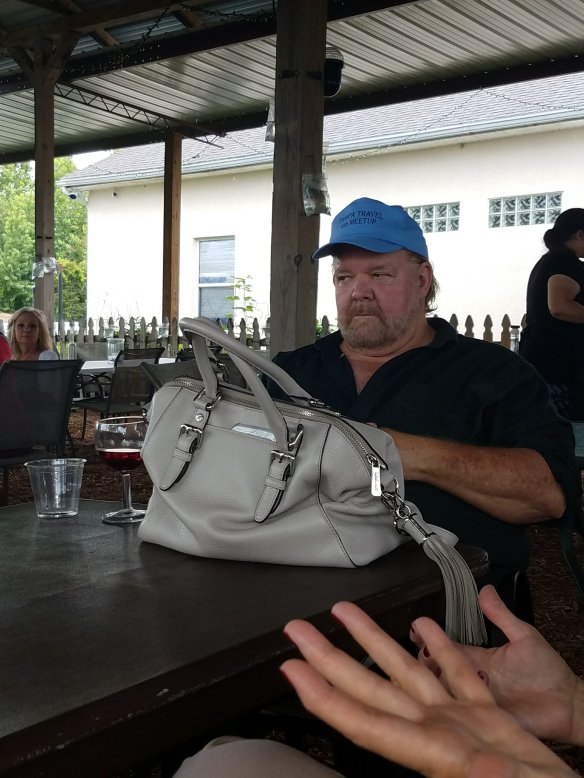 The pictures above of “Bubba”above kind of tells it all, just by his demeanor !

Okay enough with the negativity, now on with the fun stuff.

For the Meetup that day, the group did 3 seperate things. All the events were about an hour’s drive from me, so quite a drive.  Most of the meetups from this group in the future are also held in the country and would have been a good distance away from me as well. So for that days events we…..

Today I will just post a few of the photos from lunch. These photos are kind of boring. However tomorrow and possibly the next day or two after I will cover Sweetfields Farms which I really enjoyed because I got to bond with so many farm animals and to do some cool things there. That post is one YOU DON’T WANT TO MISS!  In the last post of this series I will then cover the Vineyard and Winery visit which also was a lot of fun. 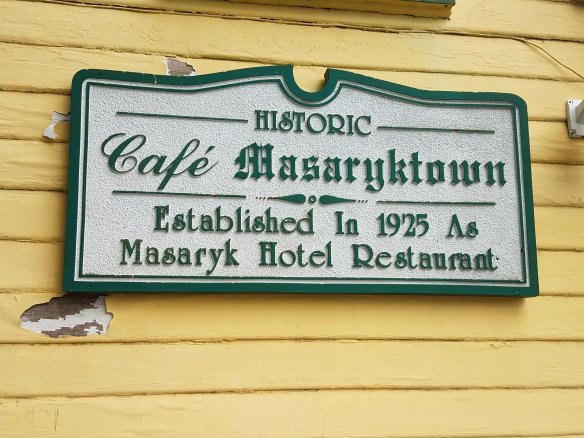 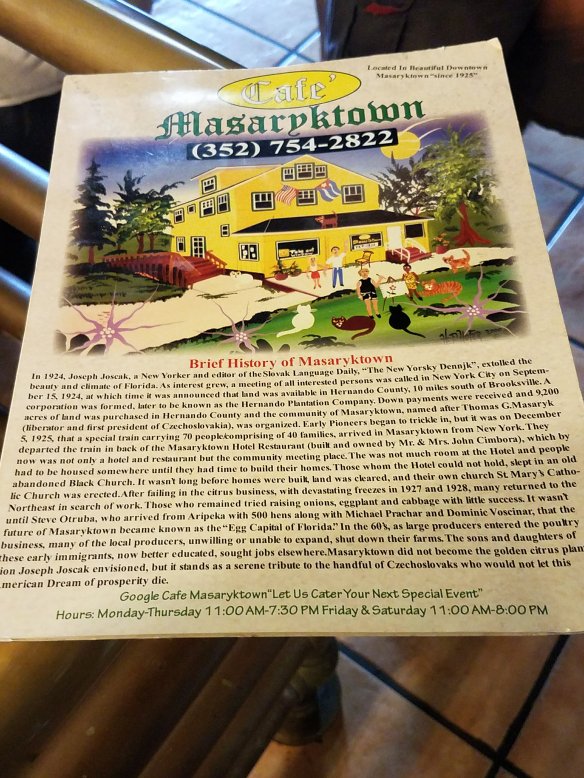 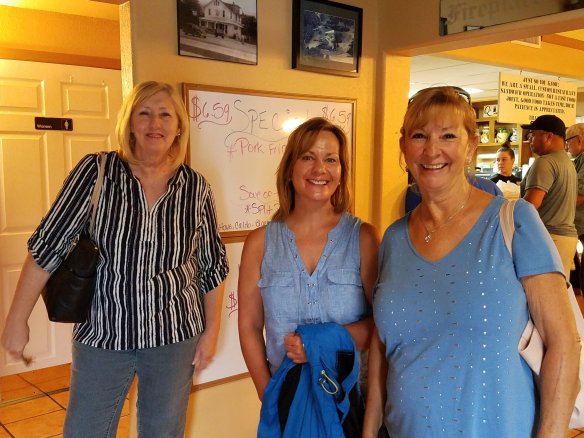 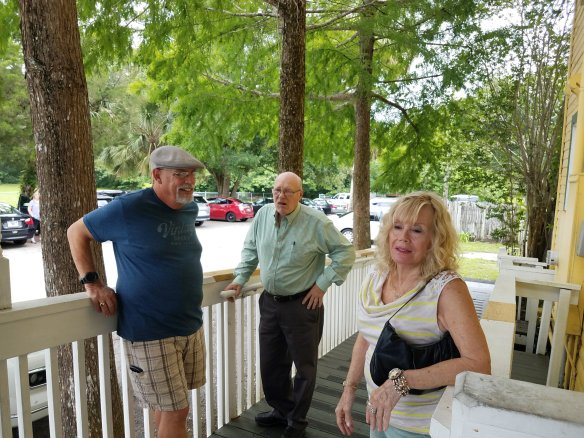 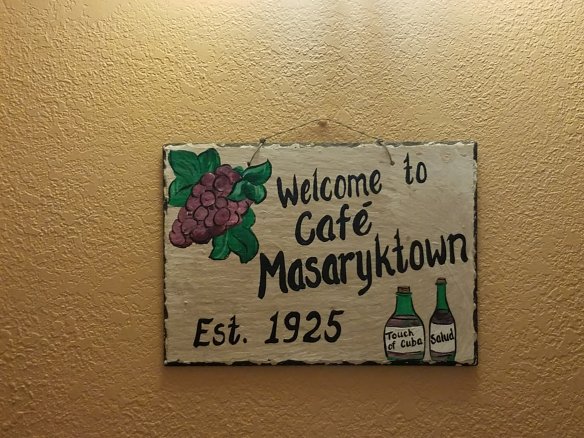 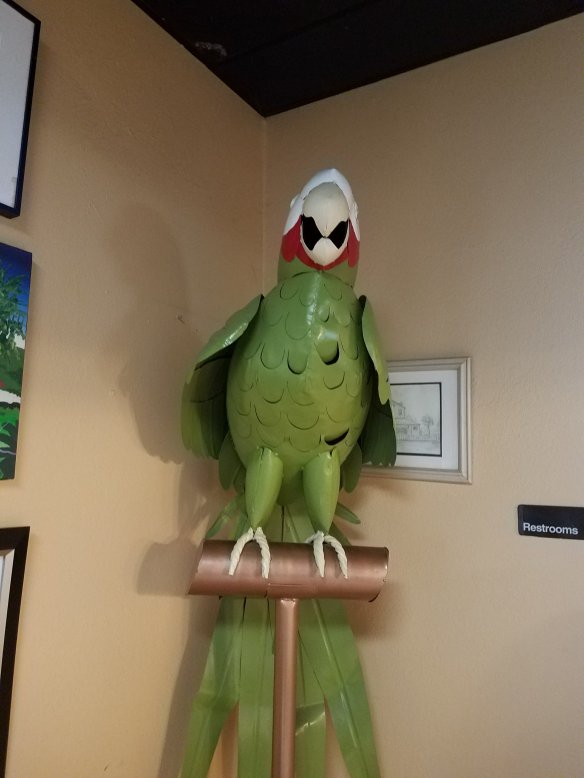 Goodnight. It’s 2:30 AM and I have got to get some rest as I have an early AM dermatolgy appointment at the VA for follow-up on my leg wound.

16 thoughts on “Not All Meetups Are Created Equal”