So after walking around and checking out the sites at “The Freemont Experience” in old Las Vegas, Beau and I decided to go into some of the casinos there to do some more gambling. At around midnight, we were down in the aggregate about $ 400 for our time spent in Vegas thus far. The loss didn’t really bother us considering we we allowing $ 200 per day in gambling funds which means we could be down on day 3 by $ 600 and at this point we were only down $ 400. However, what bothered us more than being down in funds is that we really didn’t have any long time playing streaks on any one machine throughout our first 3 days (or should I say nights!) in Vegas.

Then, at about midnight, I could see that Beau was getting a bit tired. I guess after dragging her around all the Las Vegas casinos for three nights until the early hours of the morning would tire most people out, except of course me who could gamble 24 hours a day, 365 days a year!

So, as we were walking to the exit of the casino to go back to our hotel, I came across this cute little bear “Teddy” waving to me on one of the slot machines. I immediately bonded with “Teddy” and like a magnet, we connected instantly. I just had this feeling that “Teddy” was trying to tell me something. To stop by that machine and to interact with him for awhile. Interesting that “Teddy’s” name was very similar to “Terry’s” name. Could “Terry’s” spirit have taken on the image of “Teddy” and was he there at that very moment to help Beau and I out?

So, having a strong inclination, I put $ 5 into the slot machine to play 60 cent bets and ended up interacting with “Teddy” for over 4 hours on that initial $ 5 that I put into that machine. This is just what I was striving for on this Las Vegas trip….to be able to stay on one machine for a long time on just my initial bet and to not have to continually feed the machine with new monies. Throughout the course of those 4 hours, I was down as much as 60 cents and up as much as $ 70 on that initial $ 5. I was having so much fun interacting with “Teddy” (or Terry), but I knew Beau was exhausted and ready to go back to the hotel.

So, as we were getting ready to leave, Beau had to use the ladies room while I stayed on the machine. The plan was that when she returned, we would leave. While she was gone I began losing money and got down to as low as $ 1.20! Then as I looked at “Teddy or Terry” my friend and my buddy, I genyly touched the screen and softly said to “Teddy (or Terry)” please help me out. Make us a winner. Then suddenly as I pushed the lever and all the little “Teddys” appeared on the screen! I won the jackpot…..over $ 800 !!! So, for only a 60 cents bet….this was a great rate of return on our investment!! Thank you “Teddy (or Terry)” !!

So, to sum things up, Beau and I ended up the week having so much fun in Las Vegas and leaving $ 400 to the good!! Yeah!!

The video above was actually taken on Thursday afternoon when Beau and I decided to return back to this slot machine in old Las Vegas to see “Teddy or Terry?” to thank him for making us winners and to say farewell before we left Vegas. Will miss you good bud! 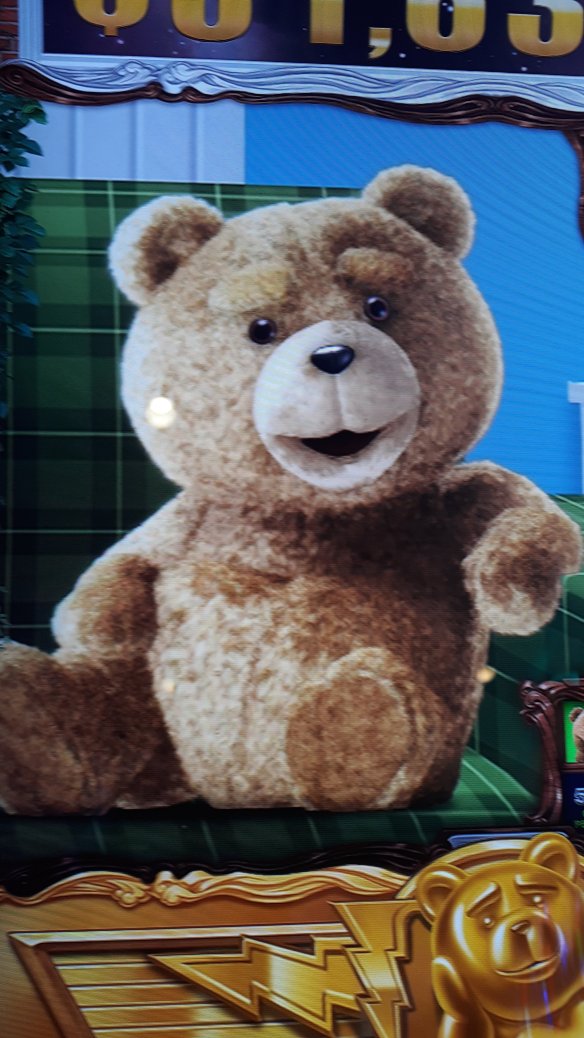 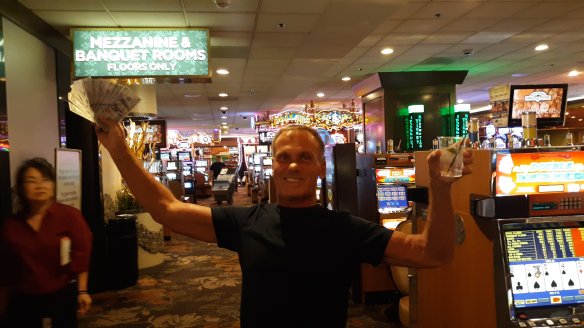 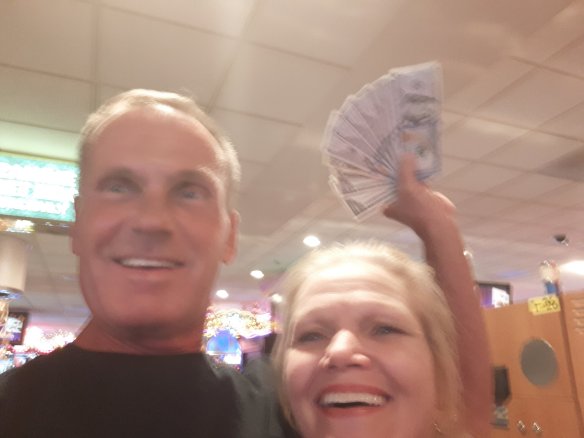 8 thoughts on “Teddy Saved The Day!!”