About 2 months ago, Beau and I has planned a trip to Ashville, North Carolina where we were going to stay at a mutual friend’s house along with several other friends. We were going to leave today (Monday, 10/15). My plan was to drive this past weekend to Beau’s house. We were then going to pick up our rental car on Sunday evening and then planned on leaving by 6 AM on Monday (today) for the 14 hour trip.

Beau had been there several times in the past, but I have never been to that part of North Carolina, which I have been told is very beautiful, especally at this time of year when all the leaves on the trees are changing color. We were also planning on attending several annual fall festivals and other on-going events in that area.

As you know, I still have a cast on my right foot due to a fractured foot which occurred while visiting my brother Randy and my Mom in the Fort Walton Beach area. I simply got off the couch and as I stood up to slip my feet into my sandles, the right one was a bit loose and my foot gave way and it twisted outward to inward and before I knew it I heard a crack and then my foot became very swollen. Because of the walking cast which I must wear for several more weeks, although I seem to be getting around pretty well, it would be a bit difficult for me to drive a long distance. Thus, Beau was planning on being the primary driver on our trip. 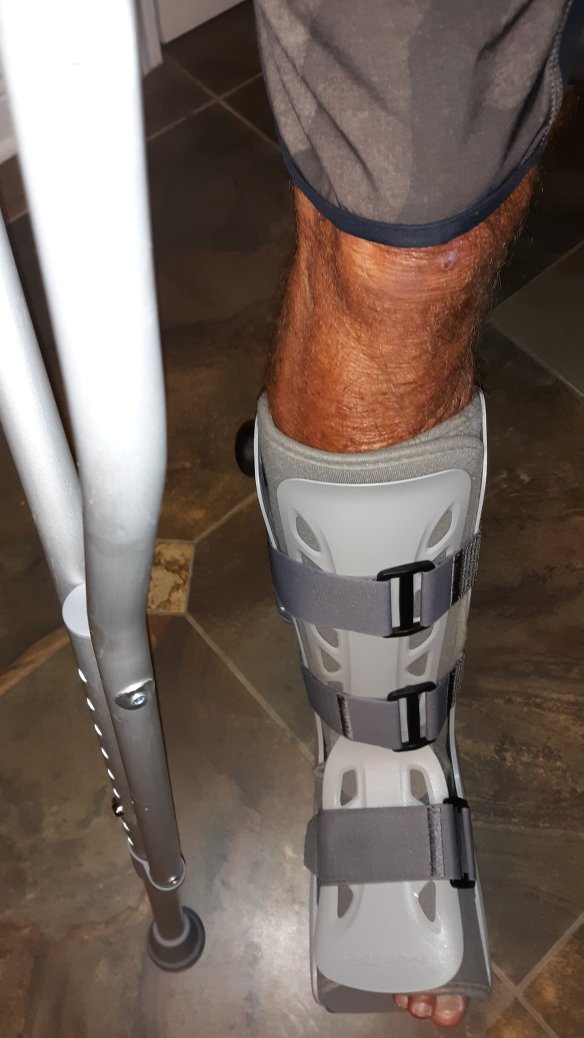 Now, here’s where it gets a bit interesting. Shortly after Beau and I returned home from our Las Vegas trip, Beau went to visit a friend in her local area. While she was there, she went to open up her friend’s refrigerator and as she did this, a glass jar on the door shelf which didn’t have a rail guard came toppling down on her right foot. Next minute she knew it, her left foot swelled up like a ballon and yes the end result was a left fractured foot which later required a walking cast just like mine! The problem is that Beau generally drives with her left foot due to some previous medical problems with her right one. Now we both are crippled!

We were still going to figure some way to drive up North for the trip to North Carolina, but then came Hurricaine “Michael” causing so much havoc to so many area besides its main impact in the panhandle of Florida. As Beau talked to our friend in North Carolina, due to all the heavy rains and high winds that occured there because of “Michael,” alot of tree limbs fell and many of the roadways leading to our friend’s place became damaged. Since his place is way up in the moutains and many of the roadways are unpaved this makes traveling there a bit dangerous.

Also because of these rains and high winds, a lot of the leaves have already fallen off the trees up there, so the foilage this year wasn’t that great we were told. Also many of the upcomming festivals and other activities in that area we heard may not occur as planned.

So because of our foot issues and because of what hurricaine “Michael” did to alot of the roadways along the east coast, we mutually agreed that it would best best to curtail our trip there. Safety first!

Have a great day.

5 thoughts on “A Tale of Two Feet & Michael”