On Sunday afternoon after completing my volunteer work in Saint Petersburg at the “It Takes A Village event” I walked about a mile with my friend Katherine (who is the main organizer of the Tampa Bay Adventurers) to another meetup event that was occuring in downtown Saint Petersburg. I will write about that other meetup tomorrow.

However, in the meantime while we were enroute to the other event, something caught my eye and I had to stop and take some photos. It was a small condo building that did such a clever job at advertising their building. The caption “People are Dying to Live Here” was so perfect and appropriate during the upcomming Halloween season. Their displays were first class in every respect!

I just had to stop and capture this great advertisement idea and all the cool Halloween displays, so that I could send them all to you all.

The photo below is scary enough, but the Halloween ones are even more scarier!! 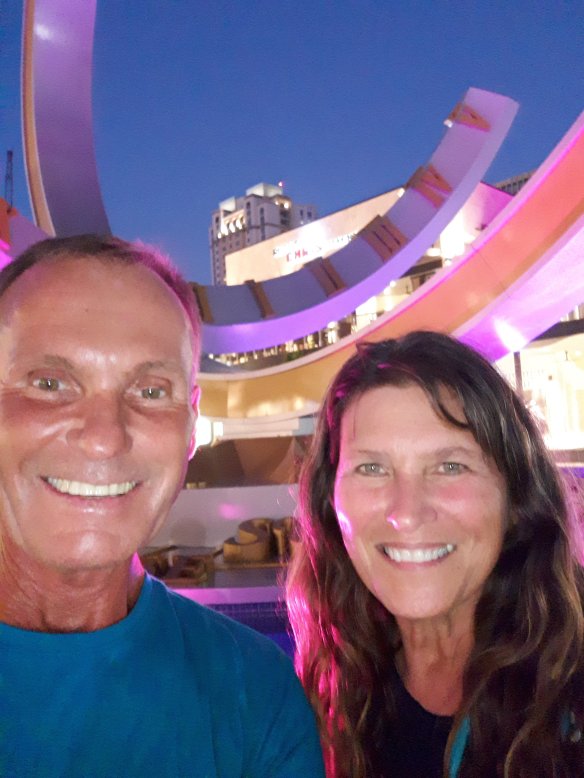 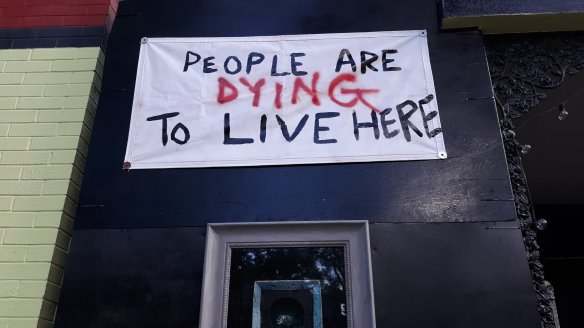 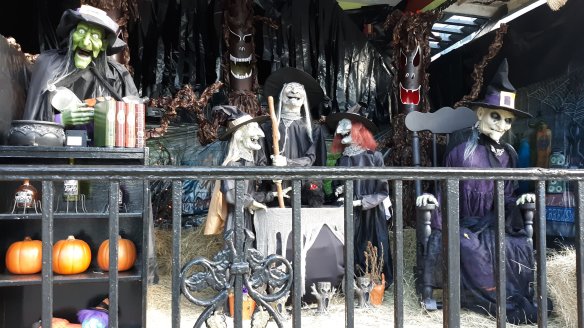 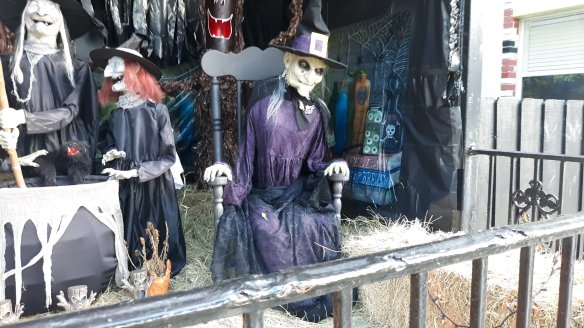 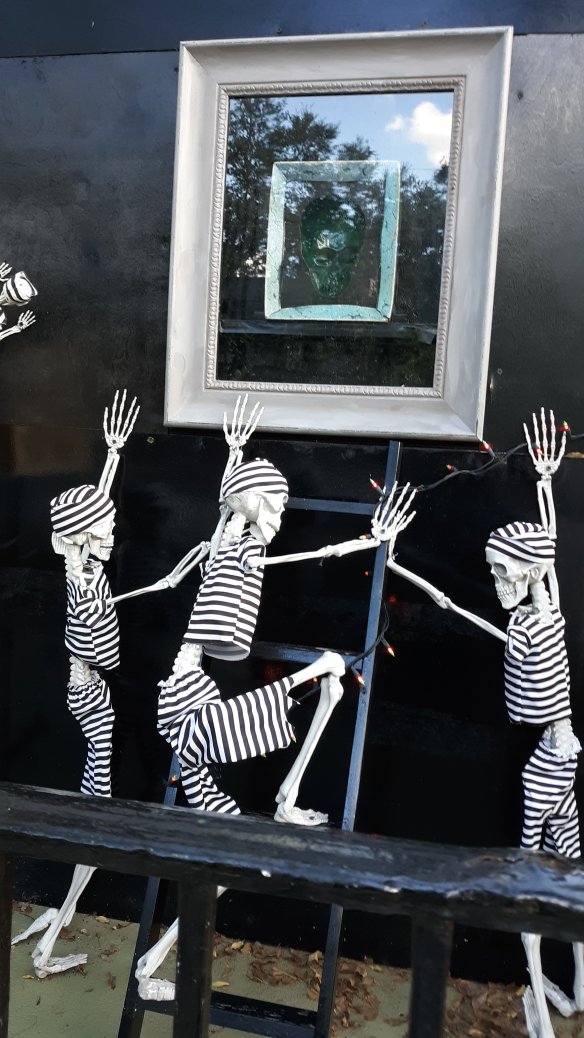 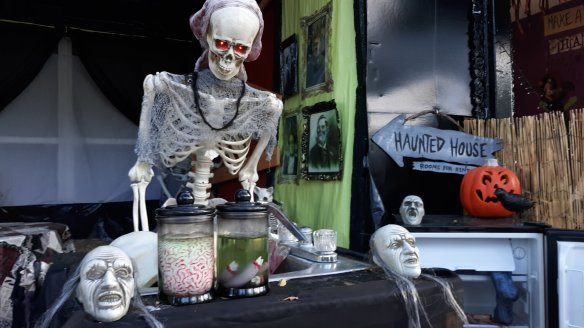 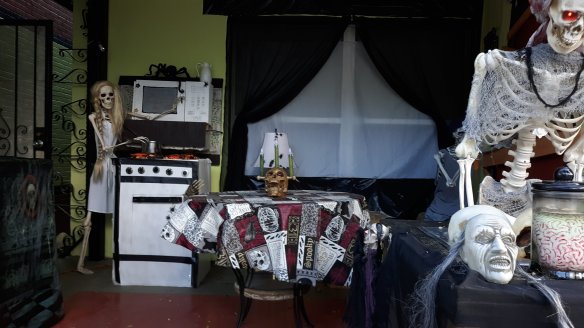 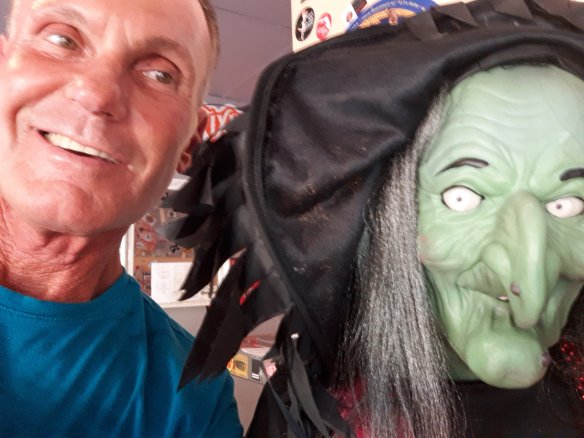 And my Mom “Stacia” from Salem Massachusetts thought she was the only last living witch. I proved her wrong…Now their are two living here in Florida! 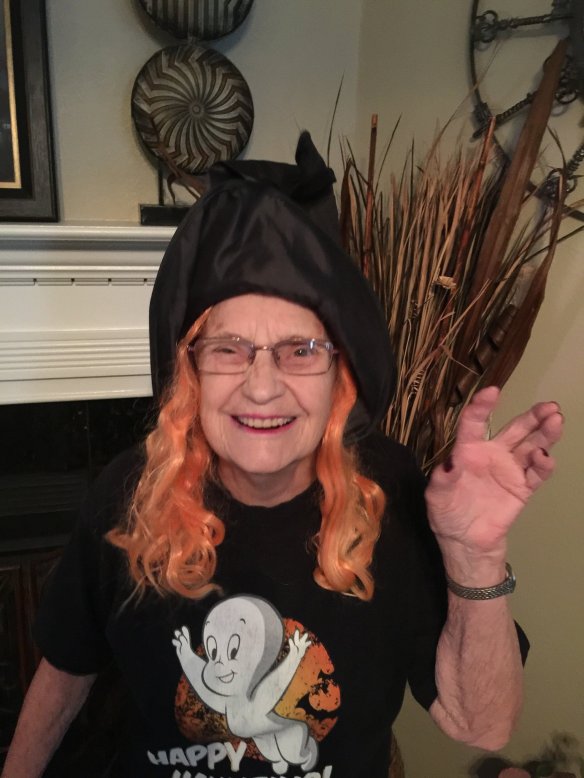 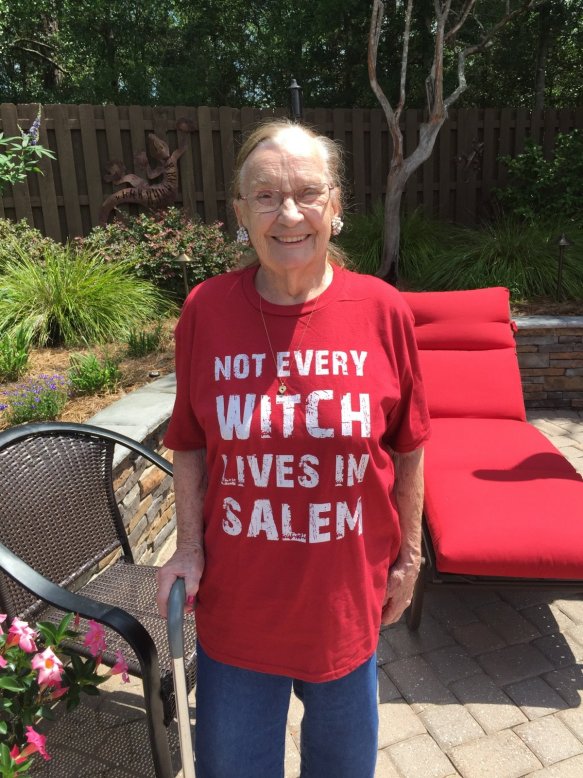 8 thoughts on “PEOPLE ARE DYING TO LIVE HERE”