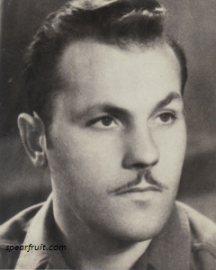 It was exactly 10 years ago today, that my beloved father, Stanley, peacefully departed from this dear Earth to continue on his journey to life everlasting in Heaven with our maker and with other friends and family who passed before him.

My Dad was a simple man who loved his family and who was especially proud of his three sons. He was a man who enjoyed life to the fullest but who always showed genuine interest in the welfare of others. He was a “people” person who would keenly listen to what others had to say rather than to become the center of attention and to speak about himself. My father had no enemies and all people that had the privilege to know my Dad truly respected him and always held him in the highest regards.

I distinctly remember that very day 10 years ago. I had just returned home from pulling my overnight shift as a pharmacist at Walgreens. Shortly after I returned home, I got a call from my mother to let me know that my father had a brief fainting spell earlier that morning, but that he quickly recovered from this episode and appeared stable. I suggested to my Mom that we immediately contact his physician to set up an urgent appointment for that day to have him checked out to ensure all way okay. I remember my Dad getting on the phone saying “ I’m okay Gary, everything is fine, don’t worry. No need to go to the doctor” Despite my Dad’s insistence that he did not need to get a medical check up, I went ahead and contacted his physician and set up an appointment for him for noon.

In the meantime, it was ironic that on that very day my parents had a pre-arranged mid morning appointment to occur at their home with their lawyer. My parents were going to review and sign all the legal documents that their attorney had prepared for them to include updated wills, powers of attorney, health care proxy’s, etc. My father was alert and did not show any signs of complications throughout the morning and during the time that the lawyer was there. At the end of their appointment my Dad said to the lawyer is everything now in order and the lawyer confirmed that it was.

Just after the lawyer left my dad sat in his favorite chair, while my Mom went to another room to take care of some paperwork and to file away the legal documents. When she returned to the other room shortly thereafter, she discovered that my father was not responding and called me. I immediately call 911 from my home in Dallas and they responded promptly to my parents home in Massachusetts. Unfortunately the team was unsuccessful in reviving my dear Dad.

Within a hour, I was at the airport in Dallas and on my way to Massachusetts to take care of making the necessary funeral arrangements. My 2 brothers followed me the day after. In the meantime my dear cousin Elaine drove to my parents house to comfort my mother and to keep her company until I arrived. I was particularly pleased at the turnout of friends and family at my Dad’s services. This attested to my Dad’s wonderful character. At the age of 91 years old, there are not usually many friends and family remaining to attend a service such as this, but it seemed that everyone in his age group still remaining made an effort to witness my Dad’s sendoff.

Despite it now being 10 years ago that my Dad passed, it seemed like just yesterday that all this happened. You never forget your loved ones when they pass and I strongly feel that their loving spirit remains with you always and that it is comforting to know that some day you will reunite with them in the afterlife when your time comes to be called.