This is the final post on Gasparilla 2019 in Tampa, Florida.

In this post I will include 4 brief videos and a bunch of still photos of just some of the many floats in the 3 1/2 hour Gasparilla parade.

“Extra, Extra”: At the very end of this blog, I will reveal the celebrity guest who I briefly met at the parade. This person was the Grand Marshall and he caught me by surprise when he got of his vehicle a little ways back in the parade and before I knew it he walked right by me, shook my hand and put a set of beads over my head. He was moving so fast down the parade that I couldn’t react quick enough to get my camera set up to capture a personal picture. However, I down-loaded a few photos of him in case you don’t recognize this celebrity solely by his name.

However, realizing that it was already 8 PM and that I had now been out and about for 14 hour and knowing, I still had a 7 mile ( 2 hour hike) ahead of me to walk back to where I originally parked my truck early that morning, I decided to call it a night. Enough celebrating for one day. 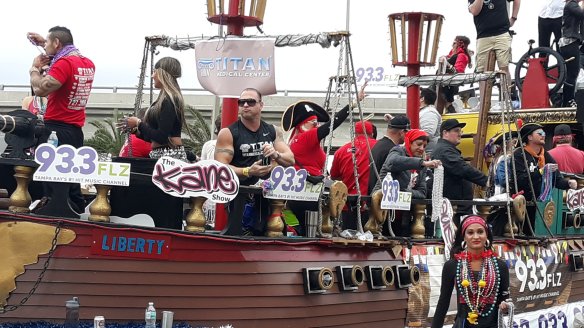 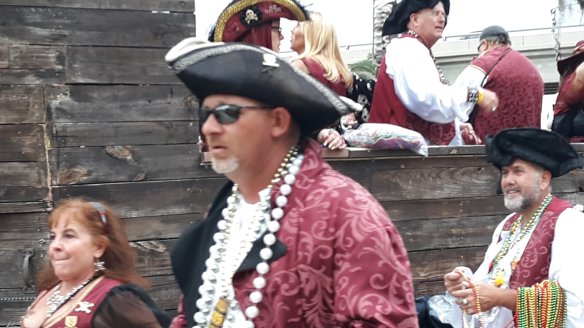 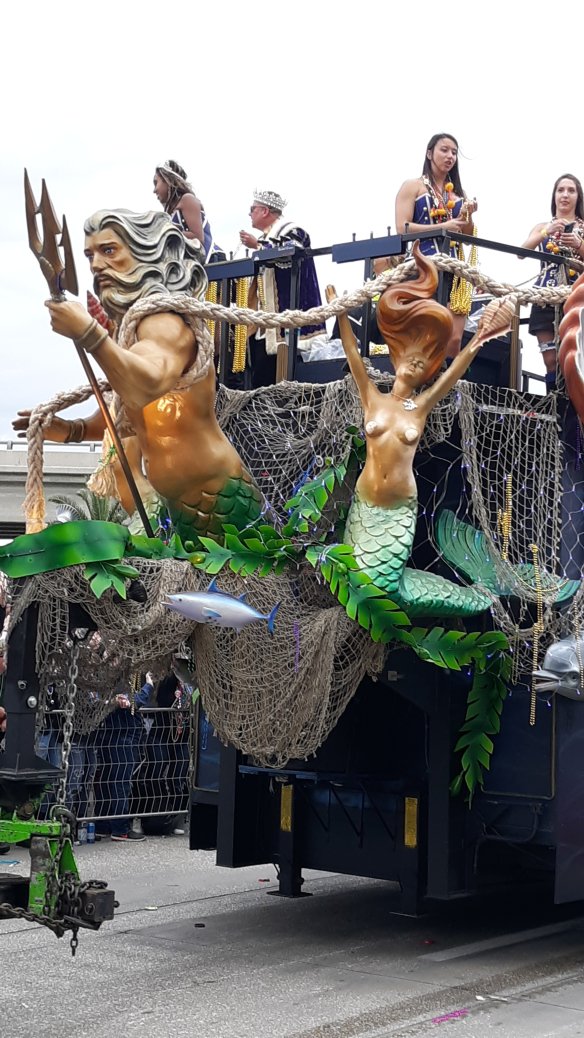 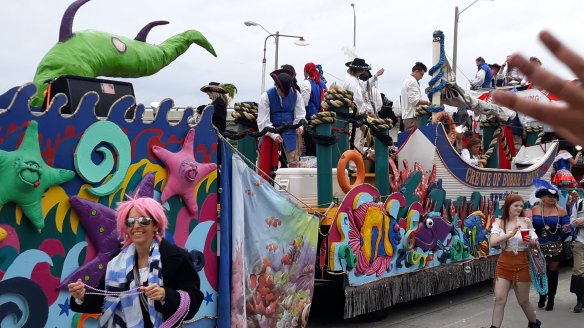 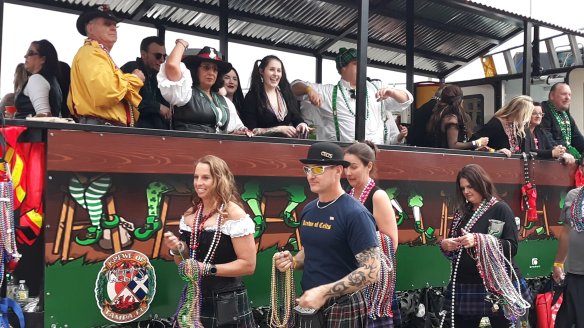 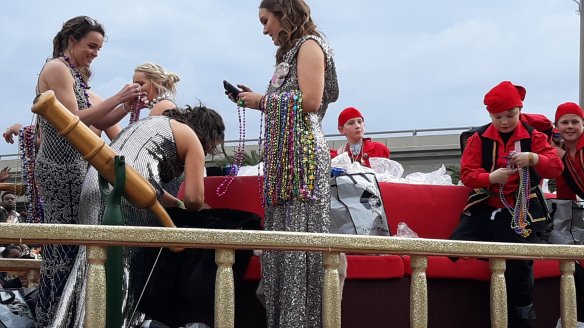 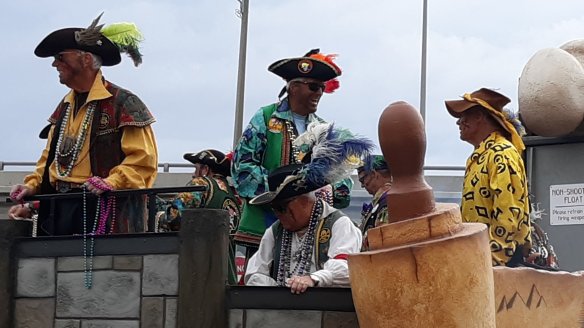 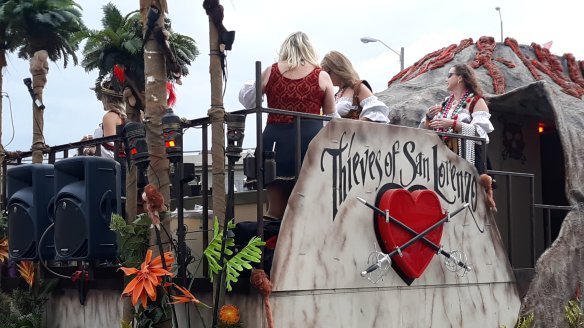 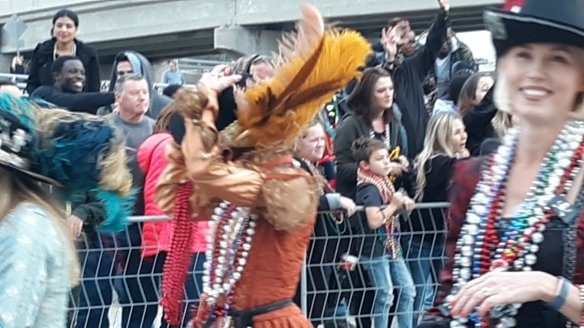 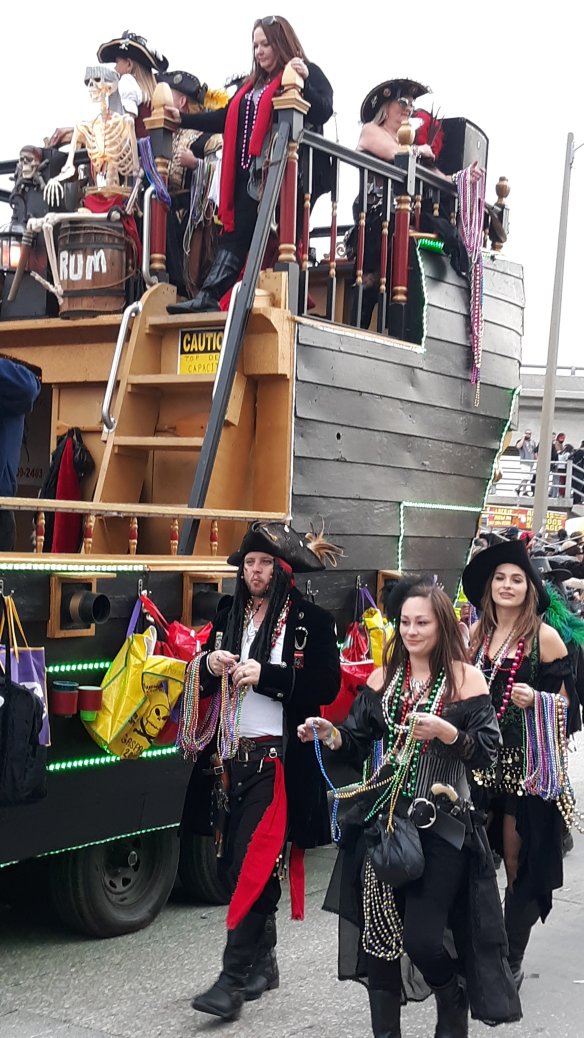 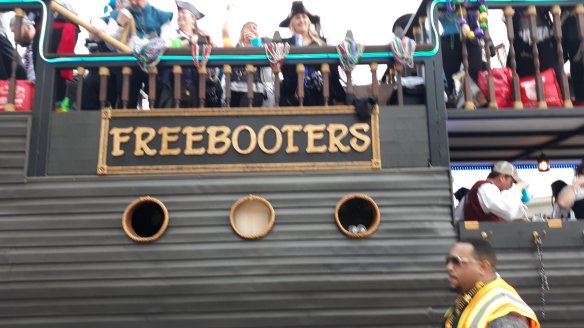 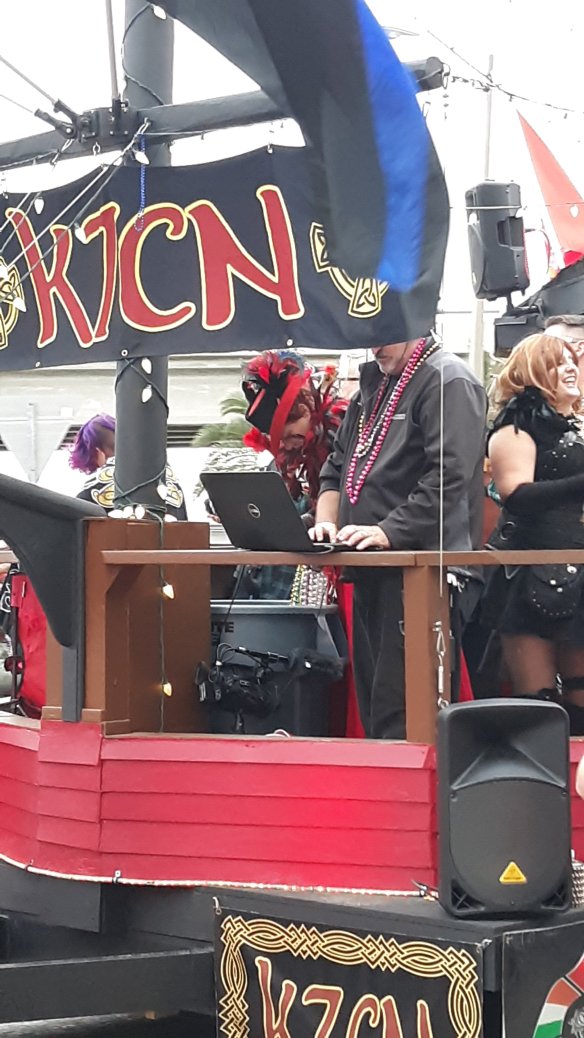 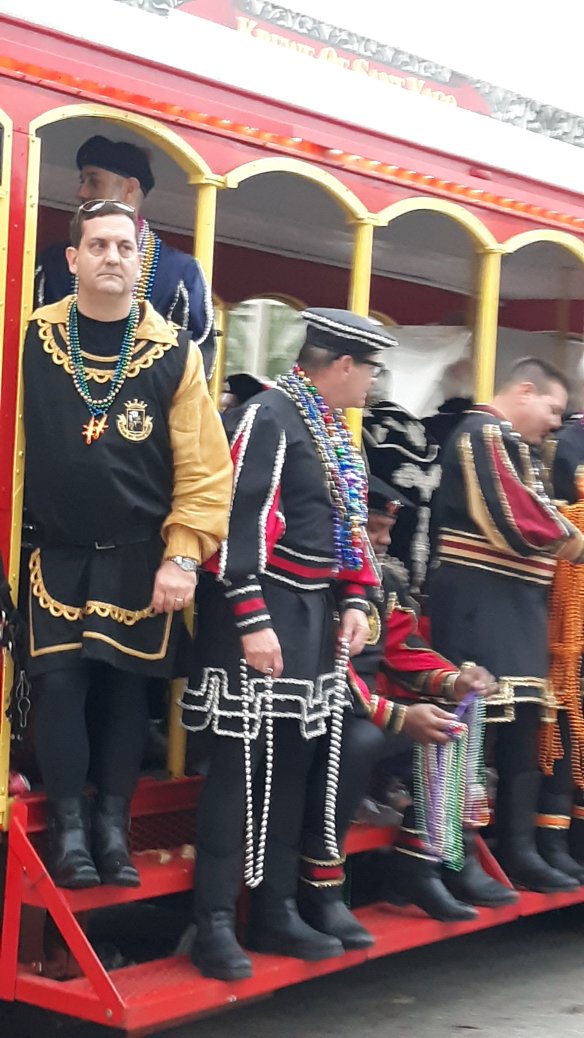 Now…The Big Reveal. The celebrity I met was Mario Lopez. He was the Grand Marshall for the Gasparilla Parade of 2019!

Hope you all enjoyed the Gasparilla experience!

1 thought on “Part 5: The Post-Invasion Victory Party and Gasparilla Parade”