To continue my weekend adventures. On Saturday morning I met up with one of my groups in Maderia Beach and played a round of 18-hole Put-Put (minitature) golf. I hadn’t done this for at least 30 years. On the very 1st shot I got a hole in one! Not too bad. I think it was beginner’s luck and not necessarily my golfing skills. We had about 40 people in attendance and we broke into teams of 4 people each. The course was really interesting as it was actually an elevated course, so you felt like you were climbing up a mountain and eventually near the end of the course, started moving to ground level again. What was nice about this course is that when you were high up, you had a great view of the beach. Going to include just a few photos below.

These 2 guys Stan and Lenny were part of my team and they live in P-Town in Massachusetts in the summer and then come down to Clearwater, FL to stay in there condo for the winter. 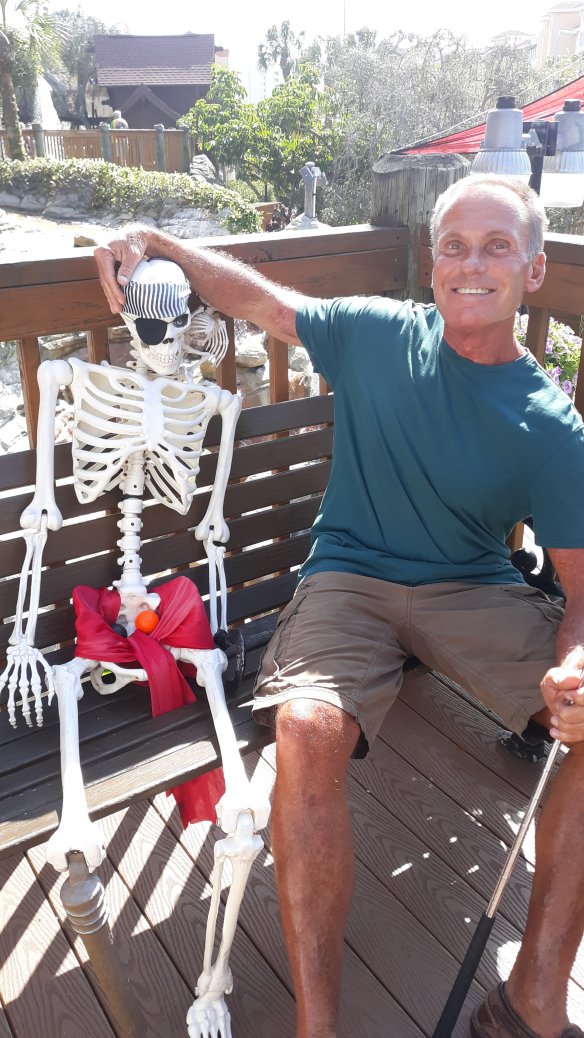 This guy obviously didn’t play with us. He just sat it out. Think his bones were aching. 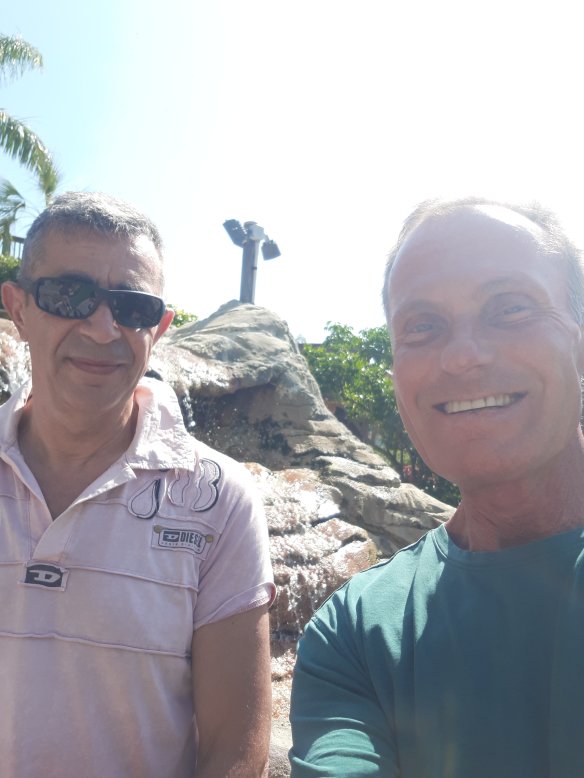 The guy to the left of me was my other team member. First time I met him. Ironically Marco is a French Navy Operation Officer of 43 years on active service. He is on temporary assignment on MacDill AFB at the Coalition Village (part of Central Command) until July. We had a lot in common being both military and here on the same base. I enjoyed hanging out with him and he actually joined me yesterday for a boating excursion on the Gulf with another group. Really nice guy.

Group photo of all us golfers. Tried my best to get everyone into the picture.

There were live alligators on our course, but they were much smaller than the one i encountered on my hike last week. So no need for me to climb up any more trees! (See previous blog from a few days ago…”This isn’t your ordinary walk in the park”) 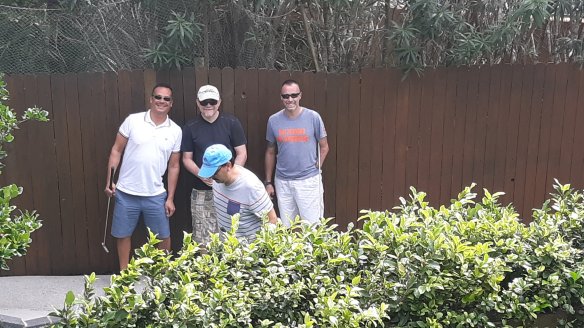 Just a few photos of some of the other guys in the group playing golf with their teams.

After golfing were all went out for a late lunch at a really nice restaurant. It gave us the opportunity to chat with one another and to get to spend more time with our “first timers” to our group. A few photos from the restaurant below. 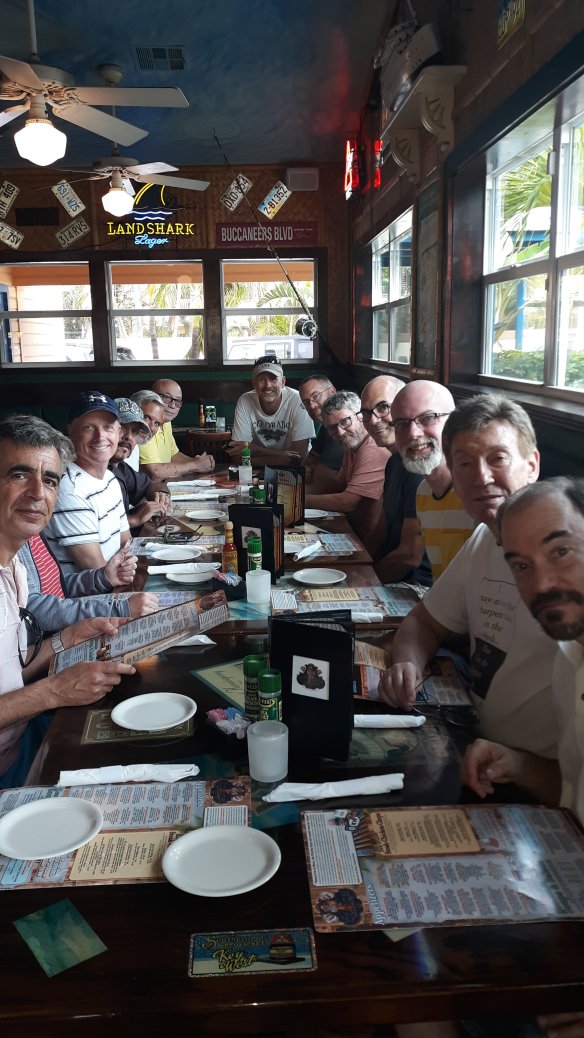 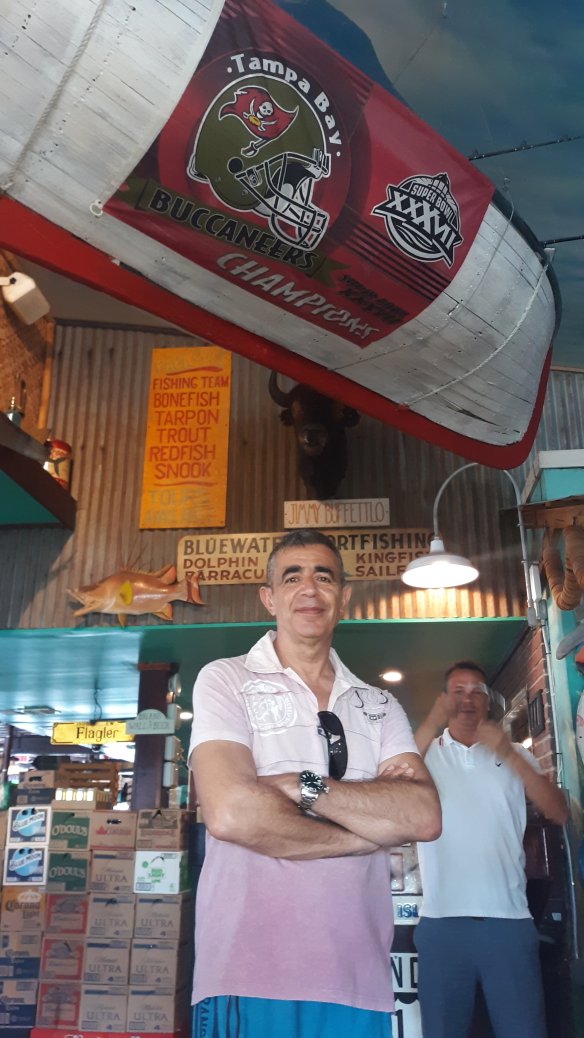 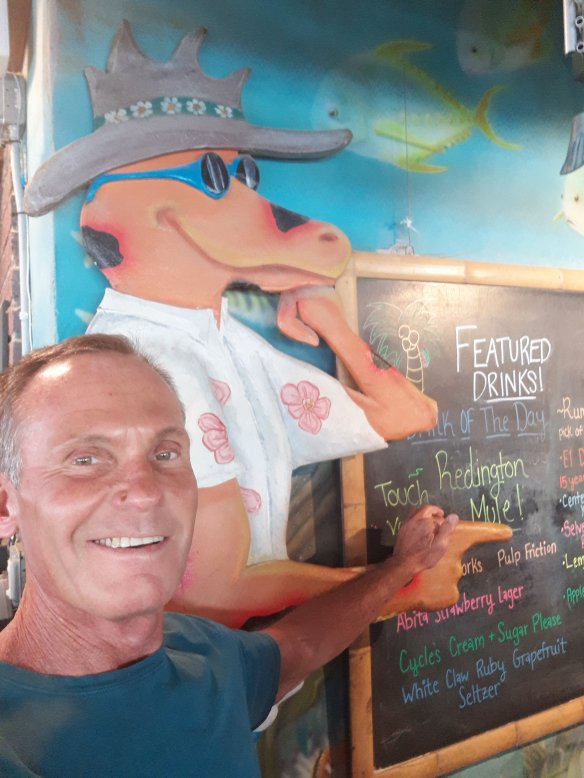 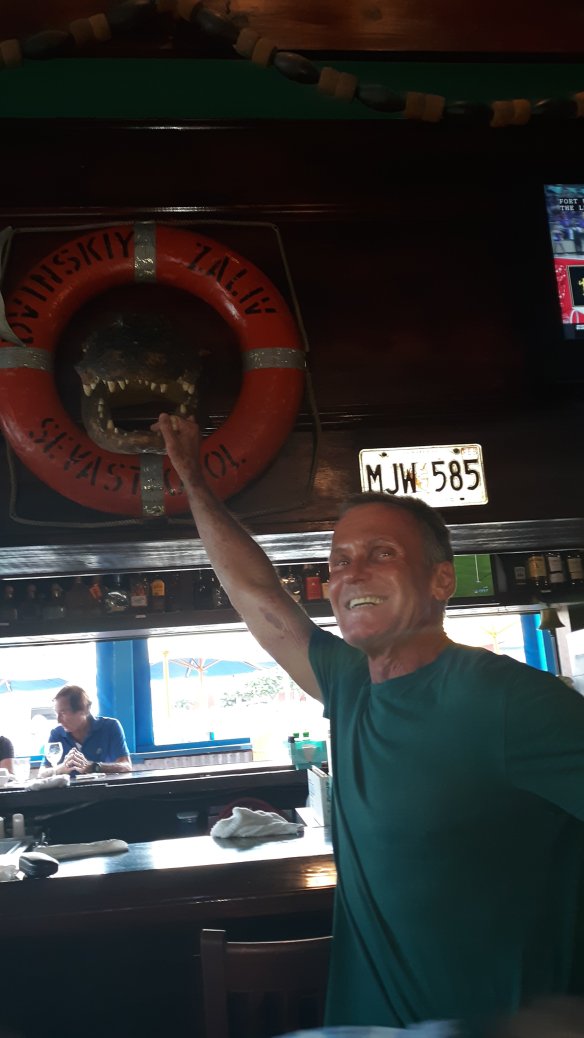 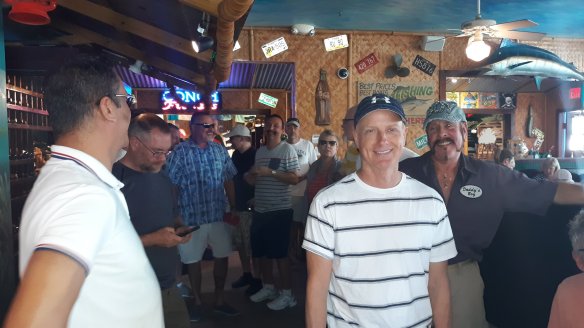 After dinner, a few of us stuck around to walk along the beach to work off our food.

Overall a Fun-filled day with a nice group of friends at Maderia Beach.

But, wait….my day did not end there. I looked at the time and since it was only 6 PM, decided to drive to Treasure Island, which was just a few miles from Maderia Beach to meet up for happy hour and dancing with my other meetup group from “Tampa Bay Adventurers”. I’ll write about my Saturday evening event with them in my next blog.

Have a great rest of your week!